This film started out as a photograph. A portrait of my niece Eveline. She could not have been much older than one year old when the picture was taken.

Photos and memories share a very strange bond. Memories are fragmented, fleeting, and creatively treated in the brain. Photos are fixed (setting aside the purposefully altering of an image). One might argue that a photo not only reminds us of a certain event, but in large part takes the place of the memory, by repeated exposure to the image. Thus, a moment might be called ‘latent image’ and an image might be called ‘latent memory’.

I placed the photograph of Eveline in a shallow plastic tub filled with water. I shone a bright spotlight directly onto the surface of the water. Then, I gently rocked the water back and forth in the tub with my my left hand, while filming the photograph with my right hand.

The ensuing falling apart and coming together of the reflected light on the water became , in a way, an attempt to revive the fleeting, fragmented nature of memory, overwritten by the photograph.

Seeing the developed film running through a 16mm projector, is witnessing the fact that the attempt will remain an attempt, as it becomes obvious that the projection has fixed the ritual of revival yet again, only now frame by frame . 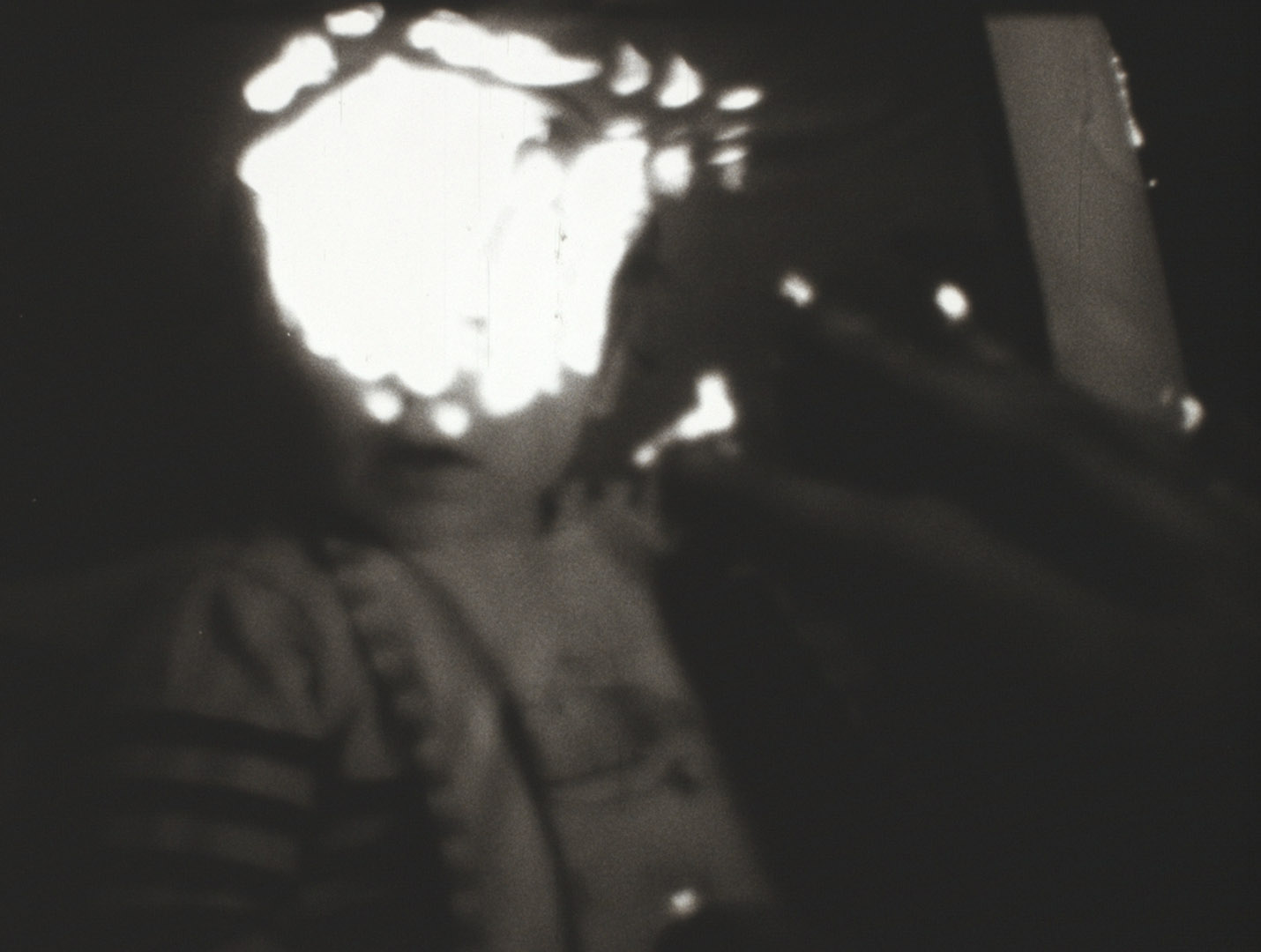 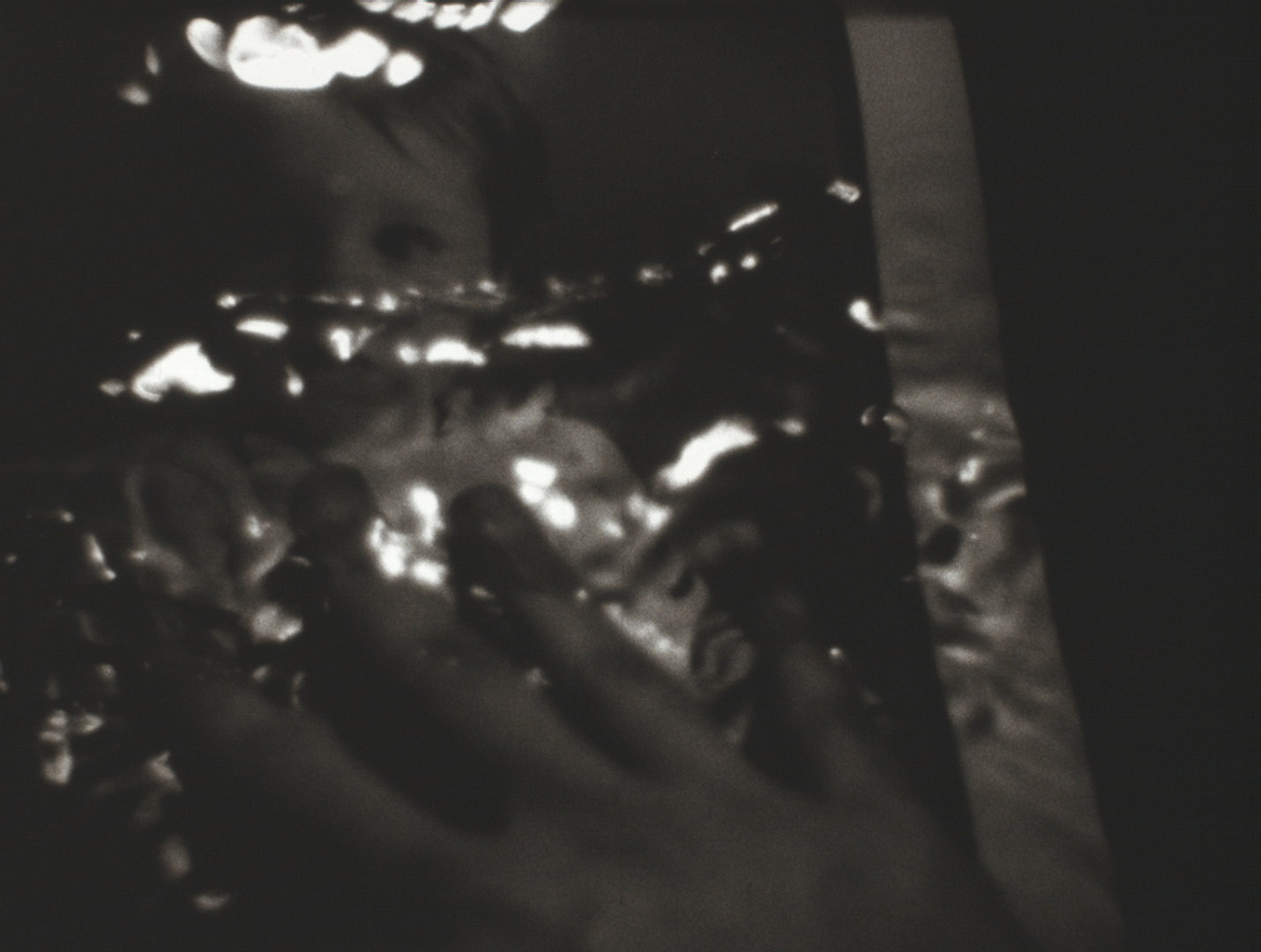 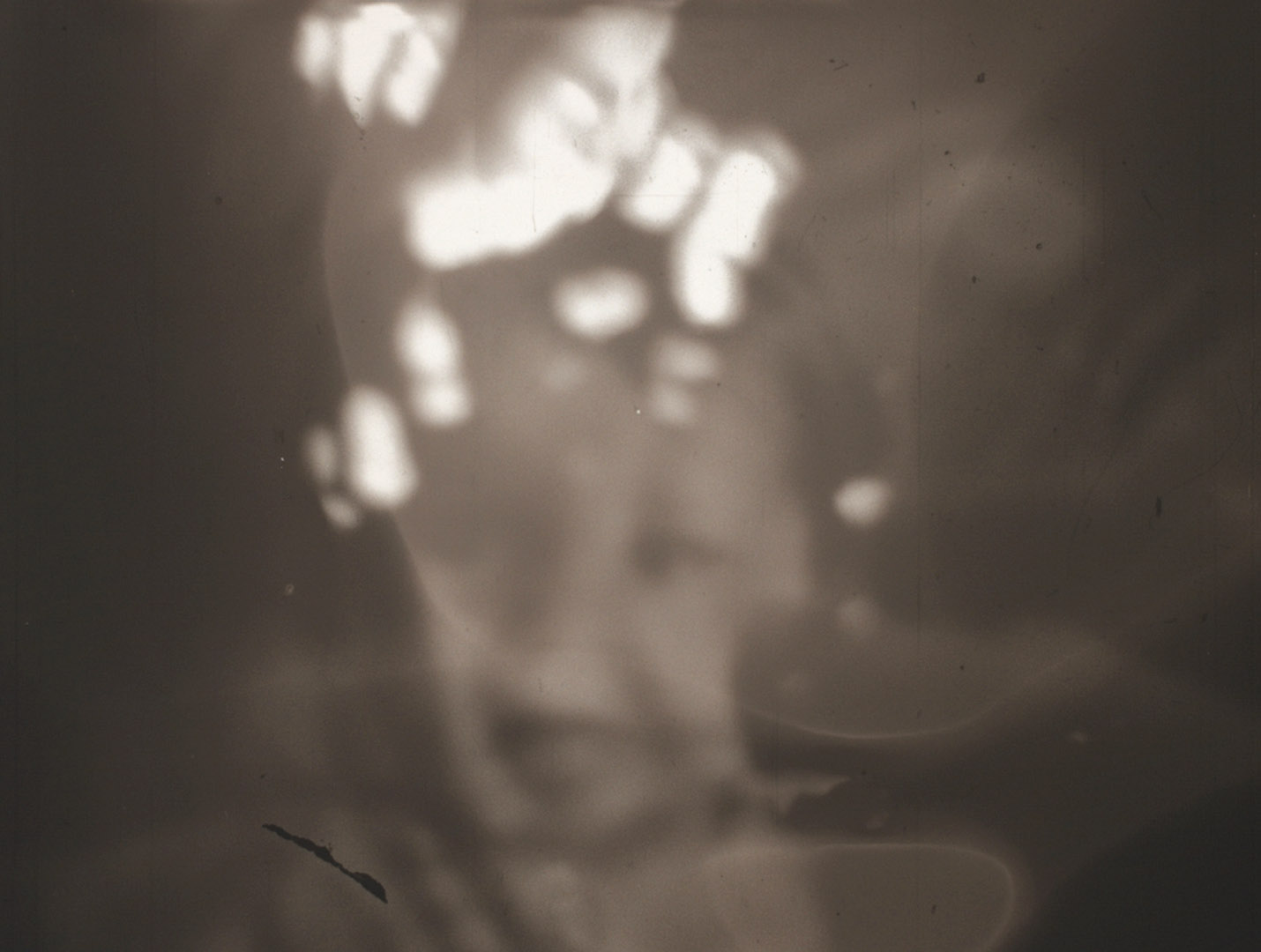